BACK IN THE SADDLE

Tonight the Safe Haven has welcomed in a new houseguest.  Actual facts on his history prior tonight are very few at best.  His right crinkled ear from the effects of frigid winter temperatures leads us to believe that he's spent alot of time outdoors, and not by his own choosing.  But by the same token, he has exhibited strong signs of being very affectionate and friendly, so at some point, he was shown love.

The most important thing is that tonight his second chance has begun, and judging by his behaviour thus far, we're fairly certain that in some small way he knows he's finally reached a safe harbour.

As always, we're deeply humbled by the opportunity to be apart of this new beginning for him, and give great thanks to all of the others ("J", "K" and everyone in between), who work so tirelessly to help so many. 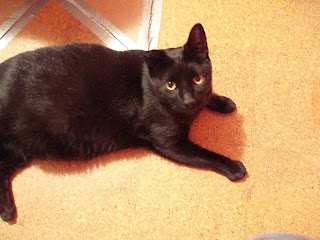 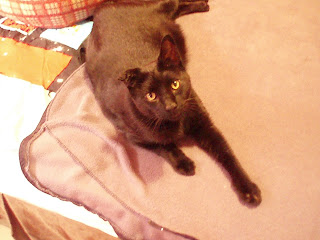