READ ALL ABOUT IT!

First and foremost, here is a picture of our sweet girl Miss Addy in her new home, relaxing and having herself a well deserved nap. Her new Dad "D" has decided to rename her Marla - and reports that she's eating well, has explored much of her new home, and is already starting to show signs of settling in! *YAY* 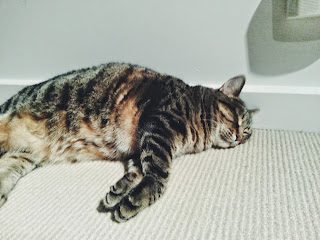 Next up, we wasted no time in welcoming in our new houseguest who we've re-named Cocoa. She's approximately 8 years of age and has spent the better part of 4 months in a cage after her family dumped her at Animal Services. She arrived yesterday and was one of the most appreciative little kitties; giving us head butts of affection and rolling around purring wildly. She's very pretty and very sweet............ 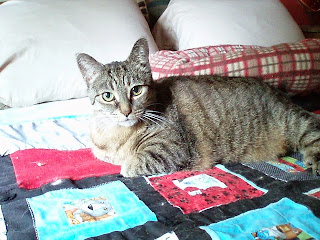