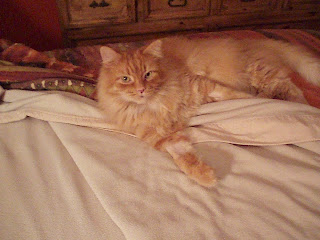 We just had a great game of lazer tag downstairs and I was curious to see how Holmes would react to the red dot bopping around. Boy, his paperwork might say between 8-10 but his running around said anything but!

His playful side was in full force and it was hilarious to watch as he not only tried to tackle the lazer light before Rocky got it (oh yeah that went over real well with Stinkerboy), but he also was trying to play with the strobe light itself as though he thought he could grab it with his paw.

He's coming out and about a little more each day and although his excited side was met with increased growling from Rocky who was quick to remind Holmes whose house this really is, it was so heartwarming to see him engaged and having fun. It may come as no real surprise to any of you that there has already been an adoption call for this beautiful boy and I have someone coming out Saturday early afternoon to meet him.

Not sure I'm ready to say goodbye, but who am I kidding, am I ever?. 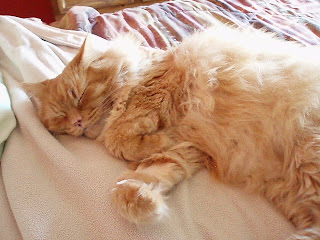