This morning we were notified that Calvin (one of the two sibling kittens we had rescued from our neighbourhood this past Summer), had died earlier today and completely unexpectedly. It is strongly suspected that he had an undiagnosed heart condition of some sort since he was eating and playing and being his lovable little self as the day unfolded today and gave no indication that he was feeling unwell or that there was anything wrong.

Here he is the day after we had rescued him from outside: 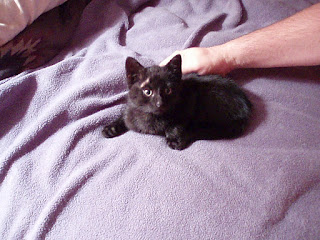 And here he was in pictures at 6 months of age - taken just weeks ago: 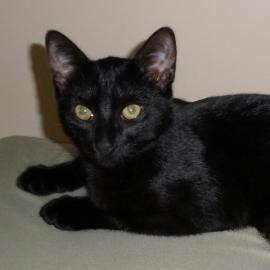 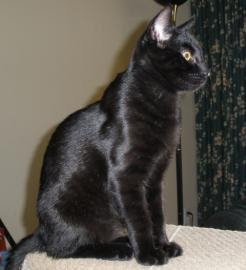 Calvin was instantly loving when we brought him in - so adorable, so sweet so good natured, he became even moreso when his almost identical brother Clarence was rescued and joined him. We loved fostering them and feel even more saddened now to think of Clarence without his best pal............

So our thoughts are for Calvin tonight as we bid him farewell for a time until we can meet him again at the Rainbow Bridge.
Posted by Safe Haven Hotel at 3:07 PM