For those of you who may have missed it, our latest foster was named "Tank" by shelter staff.  Now I know that there may be some who like it, but I personally find it insulting to pin such a name on a really large cat.  In my minds eye, it's right up there with calling a heavy person "fat" - NOT!

Soooo as hum drum as it may sound to some, we've decided to call this boy, Garfield.  Yup, stereotypical perhaps for an orange/white male, but nonetheless, there is something about him that reminds me of his cartoon counterpart - so there you have it.

As of tonight we're still force feeding but I suspect we're making abit of progress if only because he showed abit more fight toward the end of the meeting than he had the previous two days.  To me, a cat that has the energy to fight back a little, is starting to feel stronger, so although I don't relish the idea of a 22 Ib cat taking us on in a relatively small space - if it means he's starting to feel better; than heck, I'm ready!! *L*

I just shot these photos and it would appear that he not only likes the attention but also that he's not camera shy..............thanks goodness for small miraces because I need all the help I can get.

PS: Don't panic about the red splotch at the top of his forehead (that's only my lipstick from kissing him) 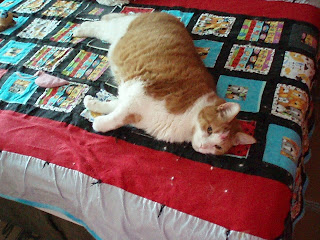 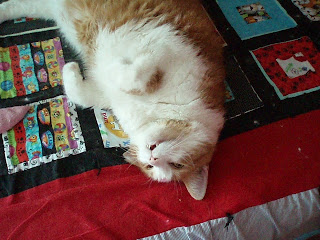 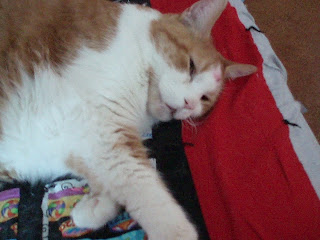 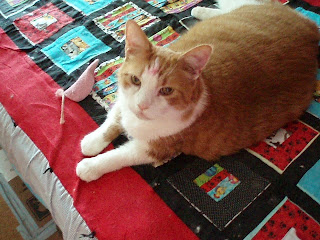 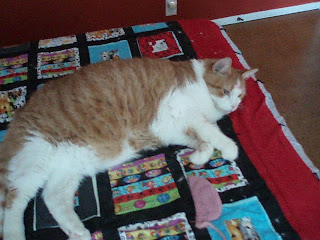