DARLINGS OF THE HALF DOZEN KIND

I opened up my home email the other morning at 4:30am (yes I actually do get up at that time during the week), only to be greeted by an email from someone who had a Mom cat and 6 kittens who were being given away for free. It was the wording at the bottom of the email that got me.........."Pls call me if you would like one, two or all of them"

Ugh, I HATE it when people refer to animals like appliances or something to be offered up at a garage sale. I quickly shut off my PC and stormed into the bathroom, telling myself the entire way - don't get involved, don't get involved, don't get involved!! But by the time I was ready to leave for work, there I was back at my PC sending a quick email off to the Foster Coordinator at the rescue, asking if there was any chance at all we could help this little family. I didn't hold out much hope given that kitten season is in full swing, but thankfully the answer was yes for the kittens!

I have never seen 6 little fur balls that are cuter than these - but seeing as I'm a total softie for adorable little faces, maybe you'd all like to judge for yourselves. We have yet to name them (we're having trouble keeping them all separate in our heads since the majority of the them look so similar), but I can tell you that they are SWEET and that we have 3 girls and 3 boys. We're an emergency foster space only for these babies, hubby has put his foot down that we cannot have 9 cats in the house (party pooper that he is) - so they'll be moved on shortly, but for now I am lovin' every minute of it. 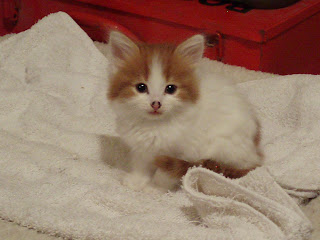 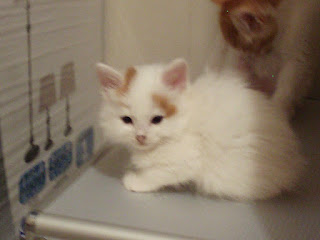 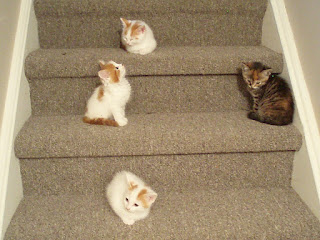 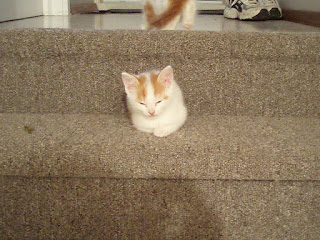 Posted by Safe Haven Hotel at 5:36 AM