Today's post is dedicated to my sister Tanya who is being laid to rest this afternoon after passing away on Monday morning after an 8 month battle with adenocarcinoma of the esphogael junction - stomach cancer;  she was 38.

In what was to be the last real conversation that she and I would have over a week ago now, I was telling her about Abner & Hobbs and how adorable they were.  It seemed to please her, hearing about them,  and so I promised to ensure she got to see some pictures of them, which really seemed to lift her spirits at a time when she was really suffering.  Unfortunately, very shortly thereafter her situation took a grave turn for the worse, and sharing the photos with her never came to be.

Much to my surprise, it was Abner who posed first - Mr. Shy Guy who normally doesn't like the camera and evades it constantly.  I don't believe in coincidences, everything happens for a reason in my opinion, so having him pose so beautifully was almost as if he knew the significance behind the shot.

So this is for Tanya (and for her kitties Cuddles & Puddles), and for every other person who at this very moment is preparing to leave this world and return to that home beyond the veil, and also for their furry friends who will surely miss them as they go............. 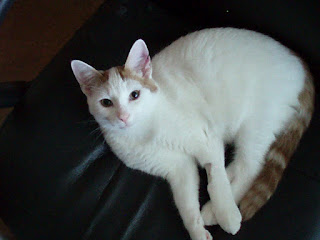 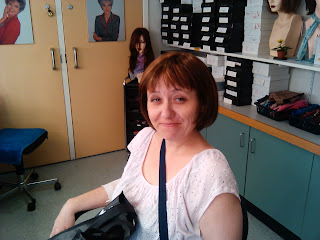