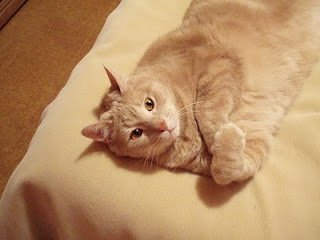 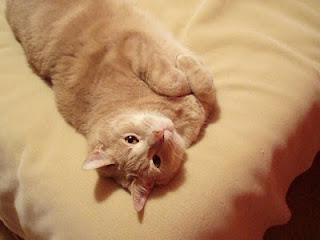 Instead of focusing on the negatives of how unfair his situation has been of late, we're going to focus on loving him silly and helping him to shed some of this kitty weight that he just doesn't need to be carrying around. We're thrilled to have him come to stay with us - and Farley; well I'm sure he knows he's at "the kitty resort" because he's done little else except purr, purr, purr since arriving.
Posted by Safe Haven Hotel at 4:31 PM