TWICE THE AMOUNT OF LOVE 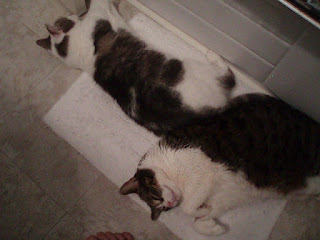 Do you think this is any indication on how Ivey is settling in with us? That's her on the right snuggled up against our Silly on the bathmat during our early morning attempts to get ready while we step over them! Far be it from us to disturb what is obviously such a hotspot for early morning naps.

Ivey is doing wonderfully! So gentle, calm, super loving and friendly, she is so laid back and taking everything so much in stride that you can't help but relax right along with her! *L* She has done absolutely superbly with the boys and we'd go so far as to say that she likes the company of other cats, especially ones that will snuggle with her. 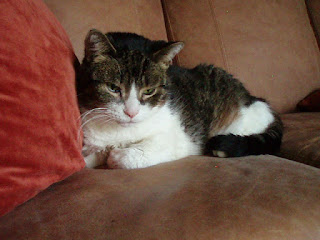 The other night we learned of another kitty, "Mako" who was sitting the shelter after being surrendered due to the death of his owner. I was told he was supremely gorgeous, majorally sweet, and would do really well with our gang. I just couldn't leave him there; especially knowing that his owner had passed away and now he found himself mourning the loss of his friend and facing euthanasia. Soooooooo we agree to take him too - and he is all the things they promised us and more! He is one of the most physically gorgeous cats I've seen in a very long time and he has the beautiful personality to match. He's abit nervous at the moment but I don't think it will last long given his incredibly friendly nature.

Meet Mako who at 8 years of age, is stunning... 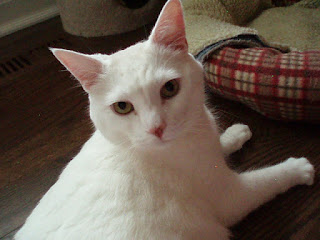 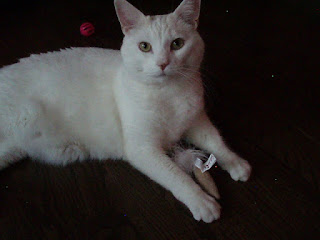