Second, her hold time is over as of this coming Tuesday so I just finished forwarding a write up and pictures of her to the rescue for their website. Most people think she will be adopted quite quickly, I'm telling myself that I'll still have her for Christmas.

Third, even though she's not a lap cat it would appear that laying across my chest and sleeping tucked under my chin are not too close :)) Have I mentioned what a little darling she's become...........still hates the boys but what do you expect, she's a female!! *L*

Merry Christmas everyone, here's some DIVA pics to keep you going. 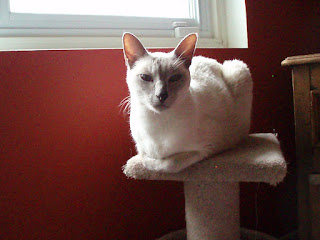 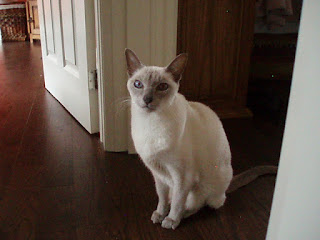 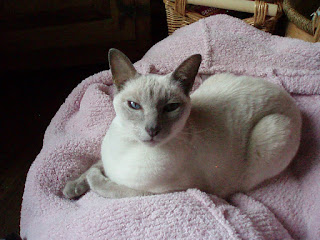